Disruptive innovation is often seen as a vehicle to upend not just existing technologies, or incumbent companies, but entire systems.  But is this what we really want?

One of the many extensions of the idea of disruptive innovation to hit the market (and there is a market for these ideas, make no mistake!) is Big Bang Disruption. The idea of big bang disruption is similar to Clayton Christensen’s original ideal of disruptive innovation, except this type of disruption happens much faster, in some cases verging on instantaneously – or so claim the originators of the idea (for a review of their book, see here).  This concept has been applied to the electricity industry in a recent blog over at greentechmedia, suggesting that technology will shortly enable the destruction of traditional electricity systems.

Widely viewed as innovation challenged and the source of much of the carbon dioxide that drives climate change, there are endless calls for this industry to be disrupted: for existing technologies to be overthrown, opening the way for the democratization of electricity supply through the use of distributed energy generation and storage.  The achievement of this goal would see consumers generating their own electricity, free of the burden of high cost distribution networks and the tyranny of centrally controlled energy markets (with the added benefit of significant profits for the technology providers!).

But is this something we really want?  Take, in the first instance, transmission and distribution networks.  These are highly regulated (generally) public assets because they are natural monopolies.  They have been built up over long periods of time, with taxpayer funds and – despite the clamor for their overthrow – offer a public good.  Why would you choose to junk these assets when they can serve the important purpose of offering backup supply, or the opportunity to sell that locally generated energy to other consumers?  After all, isn’t the sale of excess energy via the grid the business case that has driven the adoption of domestic solar in the past 10 or so years?  Without the grid, subsidized electricity prices for solar energy wouldn’t be particularly useful and the adoption of the technology would be significantly lower that it has been.

Taking another perspective, imagine you are having a conversation with someone from a country about which you know nothing.  In that conversation they say that they have a high value and robust system for getting an essential service to everyone in the country, but they now want to junk that in favour of yet to be proven technologies because they’ve decided that they don’t like the cost of maintaining the existing asset.  That might make sense, but rather than abandoning that asset you’d have to ask whether a new role could be found for the infrastructure, rather than being torn down to be replaced by another set of expensive infrastructure.

Aside from this, electricity grids will continue to serve a public good for some time yet.  Not everyone can afford the capital cost of new distributed generation and storage technologies.  And even if you could, would you be willing to live without power in the event that a product fails?  How quickly is your system likely to get repaired?  How would you feel about paying for service level assurance for your shiny new system to get it’s reliability to a level comparable with modern grids (minutes of outage per year)?  Overthrowing robust, established systems always comes with down sides.

This leads me to the point I really want to make, which is it’s important to consider what is being disrupted when talking about disruptive innovation. I think that there is a real need to see technological change – and perhaps even disruptive change – in our modes of power generation.  But that doesn’t mean that the entire electricity system needs to be overthrown.  Distribution grids can serve an important role in providing backup, high quality supply, support for those not able to ‘upgrade’ and a mechanism for energy trading at a local level.

And this is a legitimate use of the idea of disruption.  While Clayton Christensen focused on (in one case) disruption in the hard disc drive industry, computers continued to exist while drive architecture went through repeated periods of turmoil. The analogy with the power industry is that you can replace one set of technologies (generation) without displacing the system in its entirety.  So it’s important to think about what is being disrupted, rather than claiming that everything is being disrupted.

In the case of electricity systems, it’s going to be more productive to talk about technological disruption rather than system disruption, which is where many discussions of disruptive innovation in the electricity sector seem to land.  We should define the problem that innovation is being used to address before invoking the magical properties of disruptive innovation to argue for what is often an ideological or profit motivated argument to overthrow an established system.

However, we could seek big bang disruption of the electricity industry.  But be careful what you wish for, because it won’t be cheap and it won’t be painless.  Instead we should be looking for ways to leverage innovation to achieve change, without destroying systems that can continue to add value in a world of democratized energy supply.

The pace of technological and business model innovation in the energy industry continues unabated.  But what sort of reception is this getting in the utilities?  Can innovation force its way into such a well-established system, or can the system continue to control the rate of innovation adoption?  A couple of posts this week provide some insight into what could become a ‘steel cage death match’ for the utilities as they seek to fight the growing pressures created by technological innovation.

As a starting point for the discussion, it’s worth noting that the electricity industry is an incumbent technological system, which has developed highly standardised technologies, design methodologies, rules and regulations since AC supply won the war of the currents in the 1880s.   As a result, the system exhibits the characteristics of a technological regime, which defines the sorts of innovations that are acceptable within it, and which are not.  The technological lock-in that this creates is an incredibly powerful mechanism for selecting and rejecting new technologies.

Contrasting with this stability are renewable energy technologies and the business models that they enable.  These represent potentially disruptive innovations that may end up replacing incumbent thermal power generation technologies while facilitating the transformation of the electricity industry itself.  According to disruptive innovation theory, the incumbent industry is only likely to react to the transformative effect of these technologies when it is too late to do anything about it.

Returning to the question of innovation versus the system, two posts in reneweconomy last week provide insights into the dynamics of technological change in the electricity industry.  One identified an innovative approach to the management of distributed energy generation and storage that might well support a future business model for utilities that keeps them relevant (see here); the other highlighted how these same utilities are changing the rules to stop the adoption of this type of innovation in an attempt to preserve their 20th century business models for just a bit longer (see here).

The former described how a US based smart energy start-up company is enabling the creation of ‘virtual’ pools of energy through the aggregated management of solar and energy storage technologies.  This approach uses a combination of cloud based technologies with distributed solar and batteries to create dispatchable energy out of an otherwise unpredictable resource. In contrast to the ‘death spiral’ risk presented by distributed energy, this model appear to be an ideal way to keep pole and wire networks relevant into the foreseeable future.

In contrast, the later post described how utilities in Queensland, Australia, are acting to limit the ability of consumers to send energy back into the grid.  While this seems sensible within the constraints of the existing electricity system and its understanding of energy delivery, it denies the advancing trend of innovation in the industry.  The history of technological development suggests that innovation in the industry will continue to advance faster than the current technological system can adapt to it – particularly when that innovation takes place outside the established industry.  Trying to shoehorn technological advances into historically derived operational models is only likely to force innovators to find ways to circumvent the system, leading to its accelerated demise.

The dynamics of technological change within large technological systems differs from those of, say, consumer products, where rapid obsolescence and product substitution seem to take place at a dizzying pace.  A reliance on complementary infrastructure and established expectations around energy supply mean that change takes place at a more measured pace in the electricity sector.  But change does occur and systems can only accommodate a certain amount before a break point occurs.  And in this case, it means that the technological trajectories established over the past 130 years may take a decidedly different direction.  In these circumstances, it’s not just the technology that will change, but the wider system itself, including supply chains, industry structures and the people that determine the future of the system itself.

While this might sound a little apocalyptic, my own research confirms that change like this can occur.  The question though, is what does it mean to the established electricity system and those who seek to develop and promote technological innovations?

Well, the adoption of potentially disruptive technologies within technological systems requires the modification of the system as well as the technology.  This means that technological innovators need to examine the technical as well as non-technical barriers to adoption of their innovations and undertake their product development accordingly.  This can include modifying technology so it functions more like incumbent technologies in some way.  For example, in the case of the electricity industry this can include implementing control systems that more easily integrate into utilities’ normal network management practices.  Sunverge are doing this by allowing the networks to access functionality such as the voltage regulation and frequency control functions of energy storage and solar energy technologies.

Similarly, the system (i.e. the people that run it) needs to recognise that adaptation is required to accommodate technological innovations.  In contrast to the action by Ergon and Energex in Queensland, utilities need to acknowledge that the adoption of technological innovations is not totally in their control and adapt the system accordingly.  The retrograde action described in reneweconomy indicates that these utilities, at least, are looking backwards rather than forwards.  This presents significant risk for them, particularly where disruptive innovations such as energy storage are involved.  In this situation, they risk being excluded from the future of the energy market as these innovations evolve faster than their ability to adapt to them.  While they may think they can anticipate and control where this type of innovation might go, history suggests that rear guard actions to combat disruptive innovation leads to an elimination of the laggards, not the preservation of incumbency.

So like good jujitsu fighters, innovators and the system need to recognise the transformative potential of disruptive innovations and harness the forces that accompany them.  In this way they can remain leaders in the field, rather than becoming defeated antagonists consigned to the sideline of technological history. 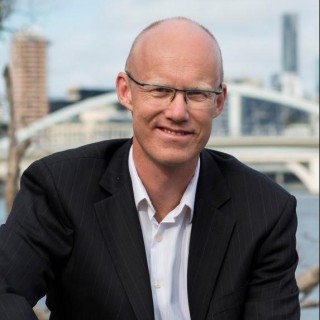